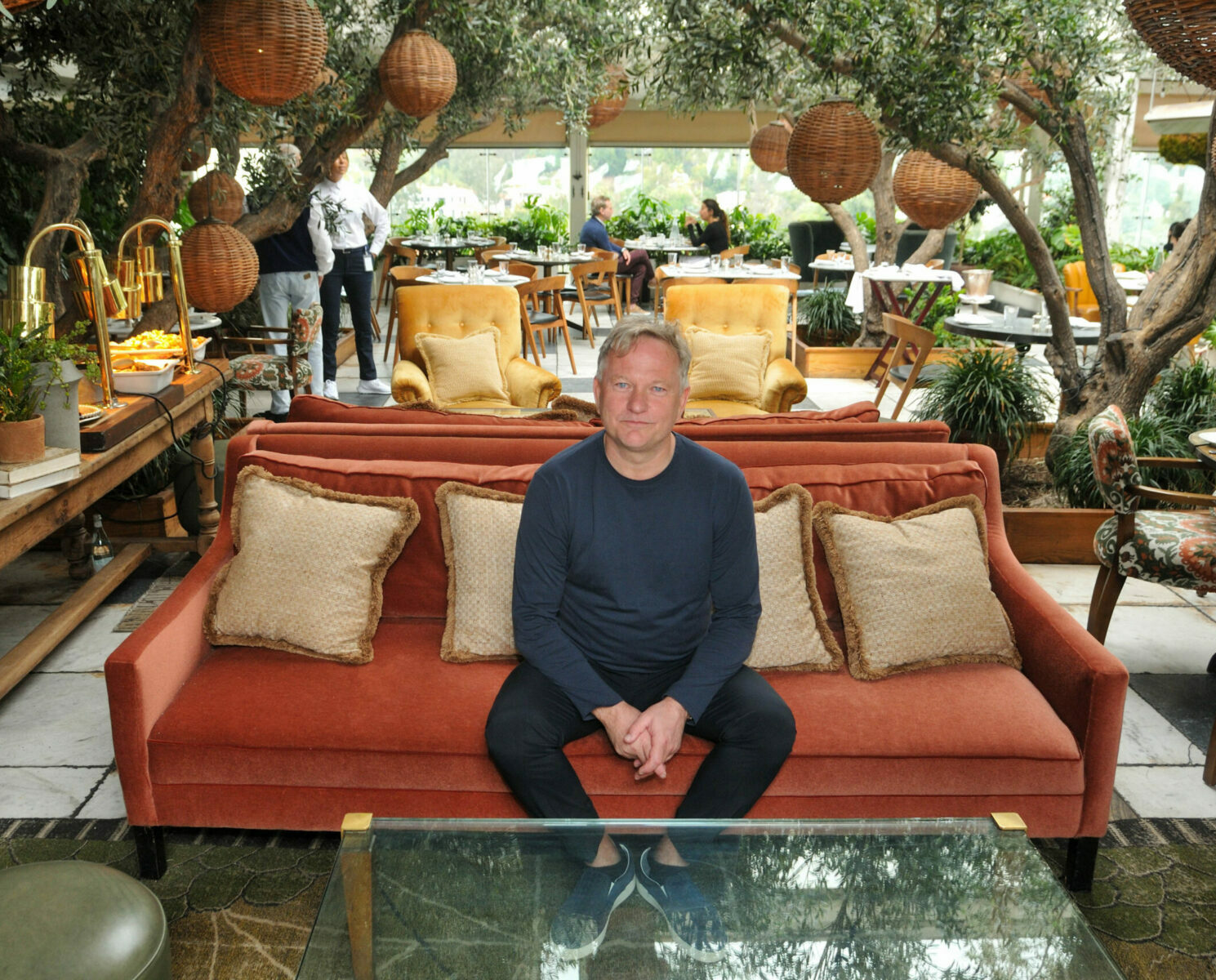 There’s a new entry to LA’s increasingly crowded social club scene: Holloway House.
The club, from private members club big wig Soho House, opened on May 4, complete with 34 bedrooms, a courtyard bar, rooftop, lounge area and dining.
The space, at 8465 Holloway Drive in West Hollywood, does not replace Soho House’s Soho House West Hollywood, which is just a few minutes away. Instead, it is intended to complement the club and increase Soho’s LA footprint.

“It became available as a site and we have got a lot of demand for membership in West Hollywood, it’s one of our most popular houses, and we needed more capacity and we needed a house with bedrooms. A lot of our international members travel to LA,” Nick Jones, founder and chief executive of Soho House, said, explaining the move to open a second West Hollywood outpost.

Holloway House, Jones said, will be louder and more attractive to younger members. It will also be less glamorous than Soho West Hollywood is at night.
Soho West Hollywood was Soho House’s first LA location. The company was founded in London and then made its way to New York before coming to LA

“We’d opened New York, we’d started doing temporary houses here during the Oscars season, during award season and they worked really well,” Jones said. “It’s always been a dream for me to open in LA I was incredibly nervous and that was 12 years ago now.”
“When I came to LA I thought, what building does the majority of LA people spend every day or at least twice a week, and I reckoned it was somewhere around here,” he added.
Soho House also has locations in downtown and Malibu.

Jones isn’t the only proprietor to see LA as an attractive market for social clubs.
Westwood-based real estate investment firm Stockdale Capital Partners is one of the most recent entrants to the field. The company recently purchased the iconic Los Angeles Athletic Club in downtown. It is also opening The Aster, at the site of the former hClub in Hollywood, later this year.

In 2021, the Britely opened inside the Pendry West Hollywood on the Sunset Strip. The San Vicente Bungalows in West Hollywood and Spring Place in Beverly Hills have all also opened in the last several years, and others, including the Gwyneth Paltrow-backed Arts Club, are on the way.

“The idea of ​​building some relationships and a network of friends and social and business relationships through a private club is attractive,” Peter Belisle, president of the Southwest Region at brokerage Jones Lang LaSalle, said.
And Jones, of Soho House, said he saw opportunities for further growth in LA, as well as in nearby markets such as Palm Springs.

“LA is a very important market for us. There are phenomenal people who live in LA,” he said.
A Soho Home Studio, which offers interior design services and furniture, is planned for West Hollywood later this year.
“We have a lot going on in LA, it’s a big focal point for us,” Jones said. “We’re going to continue to invest in California, which will only benefit our members.”